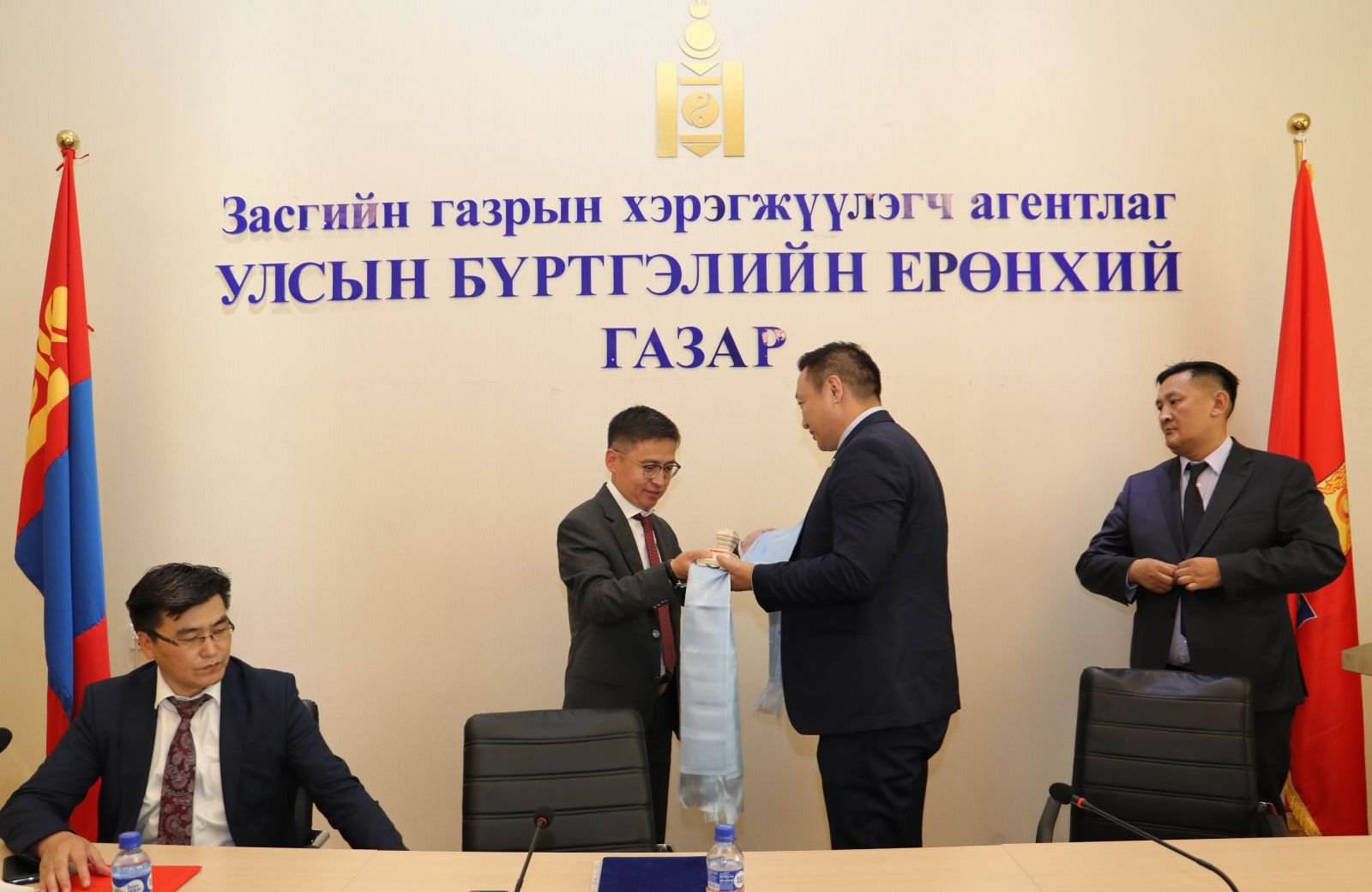 At today's /2020.08.05/ regular Cabinet meeting of the Government of Mongolia, Delgersaikhan Dagvadorj was appointed as the Chairman of the General Authority for State Registration.

D.Delgersaikhan specializes in computer software and graduated from Technical University of Mongolia with a bachelor's degree in 1997, a master's degree in 1999 and a doctorate in 2011 respectively. He has been serving as the Vice chairman of the GASR since 2016. 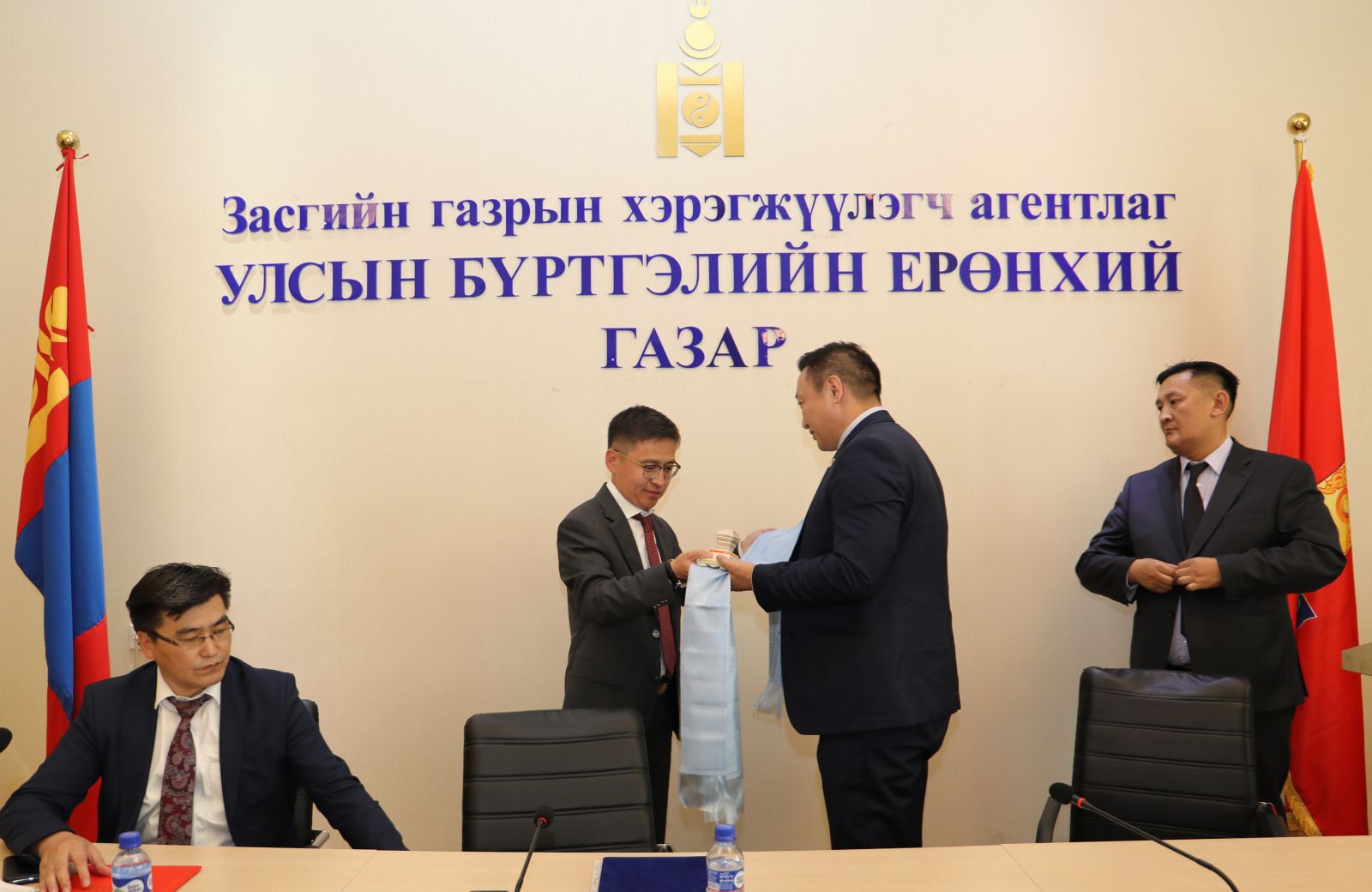 At the beginning of seal presenting ceremony, Head of Legal Department of the Cabinet Secretariat of Government N.Myagmar introduced the Government Resolution, after which State Secretary of the Ministry of Justice and Internal Affairs B.Baasandorj handed over the seal of the General Authority for State Registration wishing success.

The ceremony was attended by heads and employees of the General Authority for State Registration. 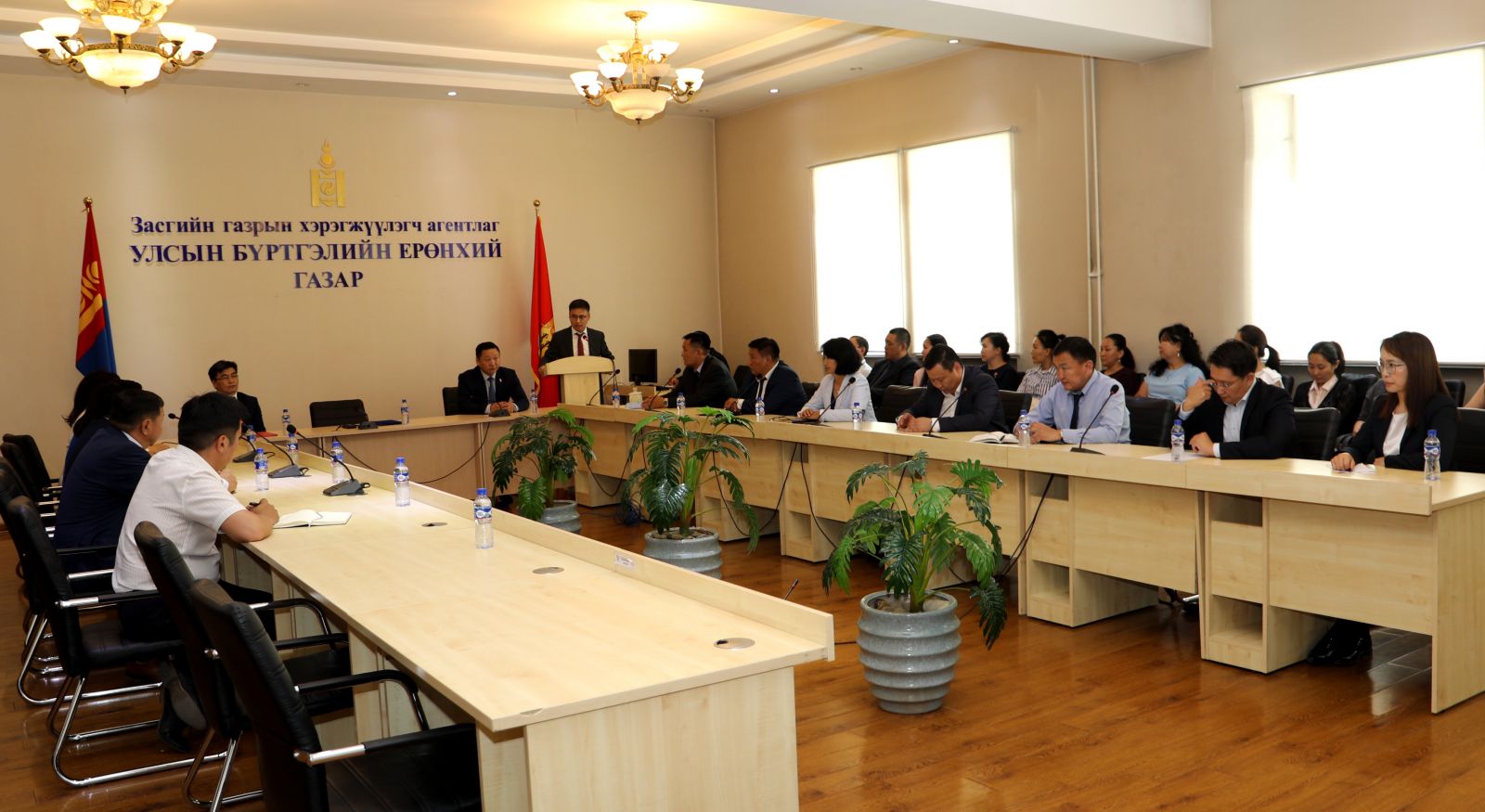 Partnership and Training division of GASR

The archival reference services provided in “100 ail” district will be stopped from November 1, 2020

State Registration Authority has its own grove

An online meeting was held with the ADB project manager

Preparations for the local election are proceeding according to the plan